You are here: Home1 / Addiction2 / 3-Part Series: The History E-Cigarettes and Vaping – Part 1 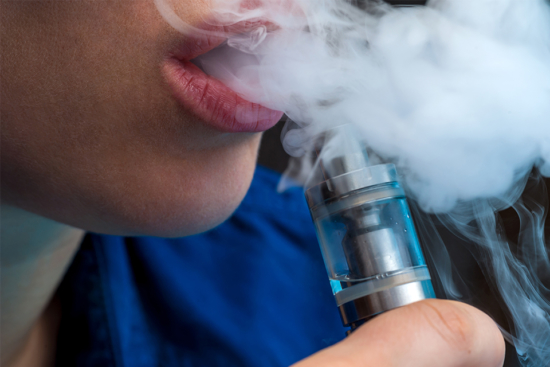 When Did Vaping Begin?

It seems as if ‘vaping’ came out of nowhere. One day it didn’t exist and then a few months later everywhere we went someone was vaping. In reality, electronic-cigarettes or E-cigarettes are not new. Neither is the concept of using vapor to breathe in smoked herbs, scents, or mild-poisons. In fact, that has been going on for as long as mankind has been keeping a written record, perhaps even longer. There are accounts of such techniques in ancient China, as well as in ancient Egypt. The Romans often smoked in bath houses, and in India 1,500 years ago, they called smoking sugary tobacco ‘shisha’.

One famous author, Jean M. Auel, in her famous series of novels describes several ancient civilizations living in caves partaking in such smoke vaping rituals. Indeed, there is enough archeological evidence to support her historical novel storylines and depictions of such.

Fast forward to 1927 and Joseph Robinson received the first electronic cigarette patent. He called his invention the electronic vaporizer. There were several other patents granted after that for various applications of that invention. In the early 1960s, a gentleman by the name of Herbert Gilbert came up with a contraption called the Smokeless Non-Tobacco Cigarette although it wasn’t marketed to the masses, as current vaping products, devices, and paraphernalia are today.

In 2003 a Chinese company, Hon Lik, came up with the first real e-cigarette device. Very similar to the style and types we see today. It was comprised of a plastic cartridge, a small battery, a liquid nicotine compound, and a heating element using an ultrasonic atomizer. Although this sounds like a complex machine, it was relatively simple and inexpensive to produce. The funny thing is that no one in China much cared for it or even wanted to try it, even though the Chinese people today are among the biggest smokers in the world (cite: 1).

What Was The Original Purpose of Vaping Devices

The original invention of this device was to allow people to quit smoking to save their lungs and prevent smoking from eventually taking their lives by way of lung disease, lung cancer, and other lung ailments. It was created to solve a problem and done so with the greatest intentions. The device is supposed to allow one to still have their nicotine hit without the long-term problems associated with smoking traditional cigarettes. Since nicotine is approximately a 3-day addiction, meaning if you stop smoking for 3-days you don’t really need it anymore, the e-cigarette made sense.

Realize also that vaping is very similar to smoking marijuana through a bong. It increases the speed of getting high and intensity. With an e-cigarette or vaping device, one is able to get the nicotine into their system quickly and relieve anxiety and stress which seems to be why humans like smoking cigarettes.

How Did Vaping Become So Popular

With the mass production of these devices and the many vendors putting out flavored cartridges the industry went from a very modest sector of the tobacco industry to an enormous money maker. There were several attempts to mass market electronic cigarettes in the 80s and 90s but in the United States, the FDA wouldn’t allow it. It did start taking off in the 1990s in Europe, mostly with the vaping of cannabis and mostly in areas were such things were allowed, in Amsterdam for instance.

What really caused the vaping and e-cigarette industry to take off was the cartridges and ‘cartomizers’ which made the devices so easy to use. There was a flurry of patents granted for cartomizers starting in 2007. Later they came out with the clearomizers, which allows the user more control of what they are vaping and since the tank is clear one can see the draw-down of liquid as they vape. Because the devices became so easy to use, it meant new vapers could immediately try it to see if they liked it. They did and with all the choices and flavors vapers could have basically whatever they wanted.

It’s almost hard to fathom the phenomenal growth of the vaping industry. Currently, there are 45 million people (globally) who are vaping in 2019. That number is still growing rapidly despite the health concerns, potential litigation, and possible banning of selling vaping products to minors in the US and Europe. Vaping is currently banned in 8-countries and that list will probably grow before we finish this 3-part series on our LifeSync Malibu Blog.

The global vaping industry in 2019 appears it will finish the year at a whopping 30 Billion Dollars, nearly 3-times what it was at the beginning of 2018. Industry analysts expect continued growth through 2024.

More on Vaping Bans, Vaping Legislation, and Controversies to Follow

Since everyone is talking about this subject and since this topic has been in the news lately, we will be making this a multi-part series keeping you up-to-date. We will discuss the value of e-cigs to help people stop smoking real cigarettes, as well as the controversies and theories that vaping is a low-level gateway to future illegal drug abuse.

We’ll also discuss how nicotine affects the mind and why it seems to help people cope with anxiety and stress. Lastly, we will dive into the theories of why vaping is the activity of choice for those dealing with withdrawal symptoms while weaning off other addictive drugs.

We should all expect more rules and regulations, more legislation and outright banning of e-cigarettes and vaping for minors, outdoor public use on patios, sidewalks and near other passersby. We can expect some municipalities to ban stores that sell these products in their cities.

We can also expect the CDC, FDA, World Health Organization, and other bureaucracies and NGOs to come out with future reports suggesting vaping is not good for your health. We will discuss all this and more in the next blog posts in this vaping series.

The Future of Vaping appears to be a little cloudy, and it might be a while before the smoke clears.

What is Dual Diagnosis and How is It Treated in Rehab