You are here: Home1 / Addiction2 / What Are the Effects of Opiate Abuse

Learn about the harsh effects of opiate abuse.

When someone abuses opiates, such as heroin or prescription pills, the results can be devastating. Opiate dependence or addiction can turn your life upside down. Learn about the effects of opiate abuse, as well as how to break free from these potent drugs.

Opiates are narcotic drugs derived from the opium poppy. They may be natural, such as opium, morphine, and codeine. There are also synthetic versions, like hydrocodone, oxycodone, methadone, fentanyl, and heroin. For the purposes of this blog, the term opiate will cover both groups.

Opiates are not safe to take long-term. With continued use, the body begins to increase tolerance to the drug’s effects, which causes higher dosing. With increased dosing over a prolonged time frame, dependence and addiction can result.

Addiction occurs when the person comes to believe they need the drug or they’ll suffer from withdrawal pain. The reflex to seek the drug is now ingrained in the brain’s reward pathways, and the opiate use becomes compulsive.

The Impact of Opiates on the Brain

Opiates cause the brain to release a flood of dopamine into the body—up to ten times the normal level. Over time, the brain pathways become altered, and the brain ceases producing dopamine. The brain relies on the opiate to now provide this chemical.

The brain’s opioid receptors respond to the drug and record the experience into its reward center. The opiate triggers the release of endorphins, known as the brain’s “feel-good” chemicals. This causes a sense of euphoria, pain relief, and deep relaxation, which is a very pleasurable effect. The brain sends a signal to its reward center that this feels good and should be repeated.

The user begins to need more and more of the opiate just to feel somewhat normal. Once chemical dependence has taken root, attempts to stop using the opiate will result in the onset of withdrawal symptoms. This is referred to as being “dope sick.”

Signs of Opiate Dependence and Addiction

When someone asks, “What are the effects of opiate abuse” they wonder about getting hooked on the drug. The telltale sign of addiction is the onset of withdrawals. But there are many other warning signs of opiate abuse:

2. Physical. There are several physical symptoms of opiate abuse or addiction.  These might include:

3. Behavioral symptoms.  There are assorted changes in behaviors associated with opiate abuse, including:

Long-term opiate abuse can cause serious health effects. These effects include both physical and mental health effects. The way the brain changes is troubling as well, as the opiate causes a distortion in the perception of pain, happiness, and comfort. The natural response to these stimuli has become altered after long-term drug use.

What to Expect in Opiate Detox and Withdrawal

During detox the body will become destabilized. Withdrawal symptoms occur, ranging from mild symptoms to severe. Factors include the length of time of opiate use, the drug involved, and frequency of use. The timeline for opiate withdrawal spans four distinct stages:

Symptoms ensue within 12-24 hours of the last dosing. Severe flu-like symptoms, including fever, diarrhea, nausea, vomiting, and abdominal cramps, are likely. Depression, hallucinations, and anxiety are also common during stage one. Stage one lasts for 3-5 days.

At stage two, the body is starting to produce some endorphins, which helps to manage some of the physical pain. Stage two symptoms may include chills, low-grade fever, goose bumps, muscle cramps in the legs, and clammy hands. In addition, symptoms of depression, fear, anxiety, and paranoia may continue. Stage two lasts for about two days.

In stage three, there are still stomach cramps and nausea, drug cravings, insomnia.  anxiety, and depression. Stage three lasts a couple of days.

Stage four has some residual withdrawal symptoms. While most of the painful symptoms have passed, the person may still have fatigue, irritability, depression, trouble concentrating, and insomnia.

The treatment phase of opiate rehab involves a long list of daily activities. These include one-on-one therapy sessions, group sessions, classes, family sessions, relapse prevention planning, and 12-step meetings. As you or your loved one begins to feel better, they will become more engaged in these therapies.

You had wondered, “What are the effects of opiate abuse,” and you now can see how dangerous these drugs are. It is very hard to break free from them without expert help. Get the help you need and deserve now.

LifeSync Malibu is an upscale treatment program that helps people overcome the grip of opiates. Using a blend of evidence-based and holistic treatments, the expert team at LSM will guide you into recovery. For any questions about opiate detox and rehab, please reach out to the team today at (866) 491-4426. 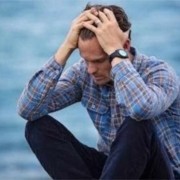 How Long Does Fentanyl Stay in Your System?

What are Signs of an Overdose

Addiction and Trauma Treatment
Scroll to top Click to Call