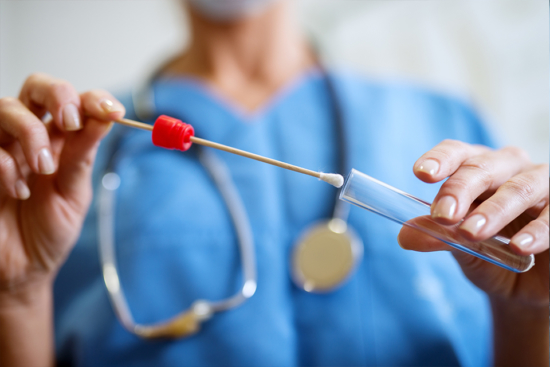 We are all genetically predisposed to both favorable attributes and less-than-desirable gene expressions. In other words, we have genes that help us and genes that could possibly hurt us. Have you ever noticed when someone you know is just naturally gifted at something? Perhaps its singing, art, running, math, or they are just a natural leader. We can’t deny these traits in our friends when we observe them, and we marvel at the fact that they are good without even trying hard or practicing much. Why is that? It’s in their genes.

Likewise, we know certain types of cancers, diseases, and mental disorders have genetic components also. There are specific genes that put women at a higher risk of breast cancer, and that doesn’t mean they will get it, rather they have a much higher potential for breast cancer as they are carrying this specific gene. Gene expression is a very interesting thing, and we don’t fully know what turns certain genes on and certain genes off. Sometimes we suspect chemicals in our environment, other times we suspect electromagnetic radiation. Often we trace it back to our diets, beverages, drugs or smoke we intake.

It’s not just our bodies we need to worry about we must also be concerned with our minds. Our genes and their gene expression play a huge role in the mental illnesses we may have to deal with. Nearly every family tree has individuals who’ve suffered from mental health issues. It’s part of our overall gene pool, which is why it is so important to pay attention to this. Everyone needs to be cognizant of their gene set, and its potential – both positive and less-than-optimal.

How to Find What Mental Illnesses You Are Most Susceptible to

The easiest way to find potential genetic risks is to look at your family history. If there are any mental health issues, you should dig deeper. For instance, if a blood relative has bi-polar disorder, schizophrenia, Alzheimer’s, or attention deficit hyperactivity disorder then it would be wise to learn how severe it is and what age it was first diagnosed. If you have a blood relative that is or was addicted or dependent on alcohol or drugs then there is a good chance that you could become susceptible to the same substance abuse challenges in the future.

Start by asking yourself; “Has anyone in my immediate family (blood relative) attempted suicide, had severe depression or dealt with learning disabilities?” Has anyone had a psychotic episode, panic attack, or been diagnosed with a problematic mental disorder.

The Center for Disease and Control (CDC) notes that “mental illnesses tend to run in families, and having a close relative with a mental disorder could mean you are at a higher risk.” This doesn’t mean you will automatically have this mental illness. It only means you are more likely to have a particular mental illness than the average person. It means you should watch for any warning signs and do what you can to prevent it (cite: 1).

What About Getting a DNA Test to See If I Have Genes Susceptible to Mental Illness?

It turns out the certain genetic testing for mental health disorders markers can predict an individual’s risk of certain mental disorders such as; ADHD, Bi-Polar Disorder, Severe Depression, Schizophrenia, and Autism (cite: 2). Again, this doesn’t mean you will have the problem, only that you are more susceptible to having one of these disorders.

Scientists have been studying these gene variants and may soon be able to better pin-point the exact percentage of risk. Today, these genetic tests can only say that it’s several times more likely with a particular gene marker that you are susceptible.

If you have a family history of a particular mental disorder, plus you have the gene variant, then it makes an accurate diagnosis more likely when behavioral evidence shows up. It also helps to better estimate the severity of the mental issue and offers up clues as to how best to tackle the challenge.

If you are interested in finding out if you are susceptible to a mental disorder, it’s not difficult to get a genetic test. It might assist you in learning more about what you might be dealing with. A genome scan isn’t expensive. You merely mail in a sample, usually a saliva sample (cite: 3).

Genetic testing for mental health disorders has now become a powerful tool for health care professionals working to treat mental illnesses and disorders. Often, these disorders are intensified due to drug dependency and addiction. You cannot adequately treat one problem without addressing the other. Drug addiction treatments must take into consideration mental health challenges that are pre-existing or as a result of the dependency.

The good news is; once you have all the data, family history and know exactly what you are dealing with it becomes possible to create a winning treatment program. At LifeSync Malibu we care about you and your success in defeating dependency and taking your life back.